With my baggage from 1.0 and my warnings both out of the way, I can start in on the reasons why last weekend’s beta for Final Fantasy XIV – A Realm Reborn captured my attention. 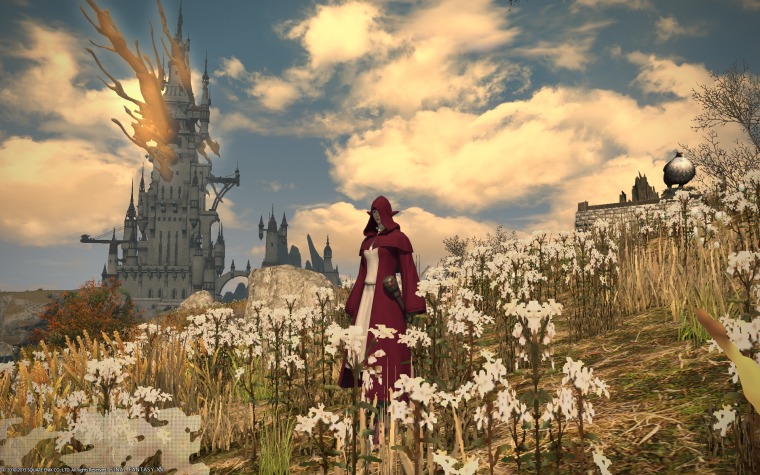 To me this game looks and sounds utterly amazing.  I think a lot of games look good and some, like  GW2’s awesome art direction, not only look great but convey a sense of how the designers feel about their world and how they want players to feel about it.  Now on top of this wonderful looking game add a wonderful OST (I wish I could add some music to this post ) and great audio queues both in and out of combat.  Then on top of those add some really great animation.  Together they form a vortex that sucked me right in.

One of the game’s core features is that characters can swap between classes/jobs and ultimately (given enough time) level them all up.  While you will spend your first 15 or so levels locked into your initial class there comes a point at which you can travel to the other class guildhalls and start down their paths.  At that point swapping between classes is as simple as swapping your main hand weapon, or better yet selecting one of your saved gearsets.  This system provides a two key benefits for me.

First allows me some variety in what I want to do without having to swap characters, and if wanted to group with a friend I could swap to class that would synergize well with them. (granted if I had it leveled up enough to play with them).

Second a few things from each class can be made available for use by your other classes.  For example, my when I have Thaumaturge (mage) as my active class I can use the Cure spell that the Conjurer class had access to.

Alas this system while appears to eliminate the need for alt characters, I would still recommend having at least one alt.

A few things of note: 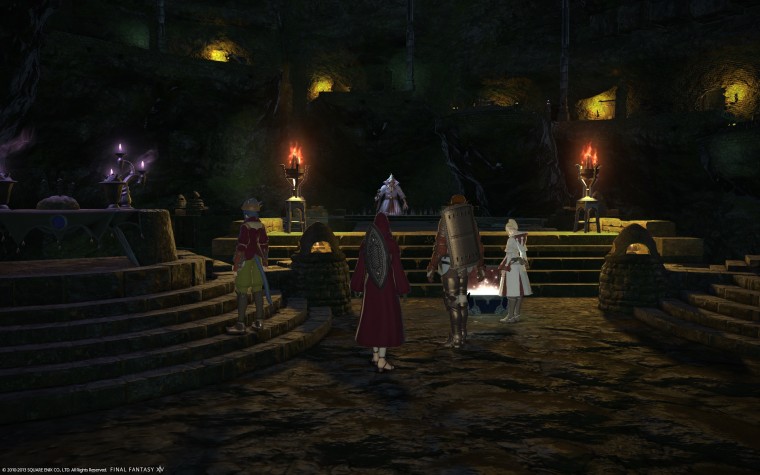 The game’s main story quest reached a point where you are required to group up to run through some dungeons.

I now this sounds crazy since most of the time I am in an MMO I am playing solo, but I found the forceful push into grouping that this game does worked.  I needed a group to progress my story quests, and because of that I reached out to a player that had given me a tip early in the day and asked him about how the quest worked.   That question led to him inviting me to group, pulling in some other people that needed the quest and me ultimately making new friends.

Did it scare me (because I generally don’t like people)? Yes.  Will this turn some people off. Yes.  Would I removed the group Dungeon quests from the story progress?  NO.

This appears to exist in the game, I’m not sure of the details but from what I saw the first player to hit a monster tags it and hold that tag until either the monster dies, the player dies, or the player runs away. The owner of the tag is the one that will get the xp and loot from it.   Again old school, and in some ways counter to the way games have been progressing.

I would have expected this system to lead to people not helping each other out and simply running past each other ignoring one another. Though in game I generally saw the opposite; players running by dropping a heal, buff on me or a big damage hit my foes and even high level players raising fallen players for free.

In GW2 the game always rewards you so you expect players to help out and it works really well in providing organic free form grouping,  FFXIV doesn’t provide those things so it was surprising when people helped out.  I know it is crazy, but I didn’t mind the tagging at all.

More to come next time, but I need to take a break and want to get this posted so it is not forgotten. 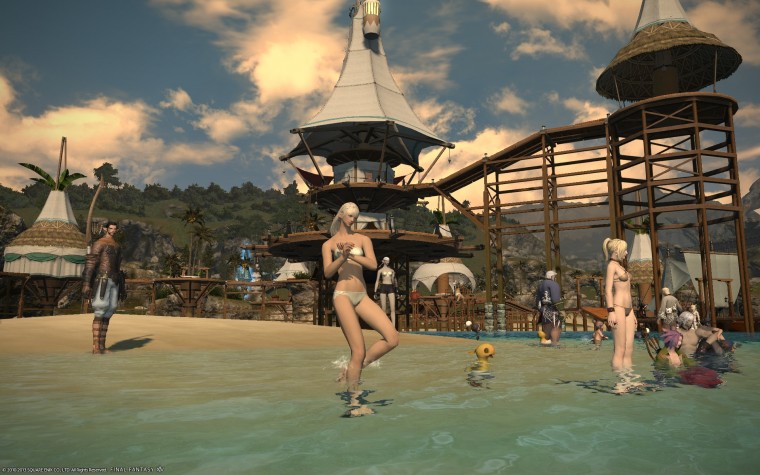