Beta three was my first foray into Rift, and my plan was to try and stick to one character up to level cap. So as the game was loading up I was thinking that I really wanted to play a DPS character. 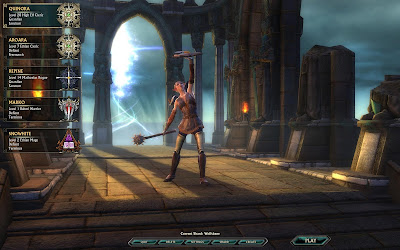 Of course when faced with the class selection screen my healing instincts took over and I picked cleric. I was not sad about this choice, and for my first soul choice I went with Sentinel, there was not a whole lot of information, but it sounded like a good healing soul.

A few quests later I was having to pick another soul.  This choice was harder since I had not yet really learned much about my first s oul and had no idea how a second would mix in.  I decided on Justicar, because it sounded tough and “good” and I figured while soloing I could use some extra defense. 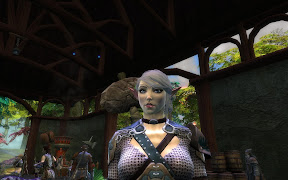 I did get to play with that combo for a little while longer before having to pick a third. This time I knew I wanted an inquistor, strictly from and RP aspect.  Quinora is a Guardian who trained to protect the righteous and prosecute the defiant. (see what I did there?)   I played Quinora up to level 11, and found the combination to be very survivable, though I suspect some equipment and skill choice alterations would have made her even more so.

It was here that my daughter came in the room and wanted to make a character.  I showed her all the races, and she liked how the Eth girl looked in 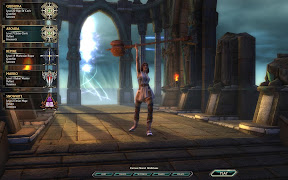 the starting Cleric clothes (plus she had good hair). I was a bit sad since I wanted to try a different Class, fearing the soul combos would not be different enough.

Thankfully her Druid/warden/shaman played much differently than my Cleric, and my faith in the soul system’s customization.  We played all the way through the defiant starting area, and I was pleasantly surprised to see the story playing out of the eyes of the Guardian’s enemy.

When my daughter went to eat a snack, I decided to give up on my plan to play one character and try a Rogue. 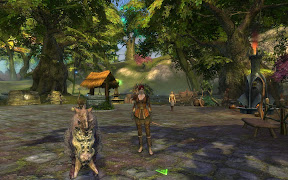 This time I did a bit of reading on the web page and had pre-decided to be a ranger. Though when I got to the first soul selection, I saw a new option; Bard.

I had to pick that, I love my minstrel in Lotro, and the idea of defeating enemies with song is too hard to pass up.  This of course made my second decision easy, as I went with Ranger.

This duo is a blast to play, and when I got to picking my third soul It was a tough choice. 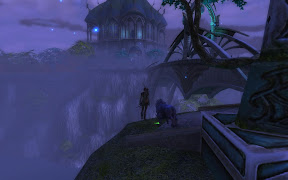 None of the other souls really fit what I had in mind for Repine, I went with Nightblade because of this line on the web page; “…while their knowledge of arcane magic gives them versatility in dealing a wide variety of damage.”

*shrug* The Nightblade worked well providing me with some melee support, but I think if I do it again I might try mixing in Riftstalker or Blade Dancer for the extra defense they provide. 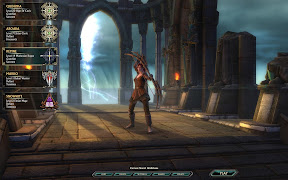 I had a lot of fun playing Repine, she can really dish out a lot damage fast with an the added bonus of some group buffs and small healing.  While I stopped leveling her at at 14 to focus on getting Quinora level up to 20, I did go back to her several times while exploring the crafting system and fully expect to play a Rogue again.

Reaching my Goal
I really wanted to reach my goal of hitting level 20 so I could buy her a mount.    Thankfully the holiday allowed me plenty of play time for leveling, crafting, and some exploration.  It cost me pretty much all my coin, but Quinora was the proud owner of her first Valmera. 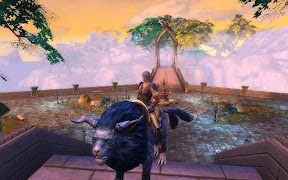 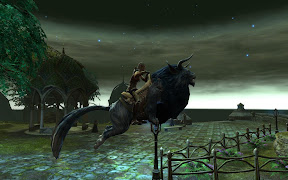 In retail I suspect I will be playing a have at least two characters, because they play so different and I like the crafting synergy two classes characters provide.   Yes, I said “in retail”. I am fairly sure I will be buying Rift and at least playing for a month. 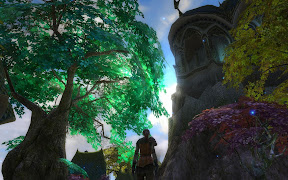 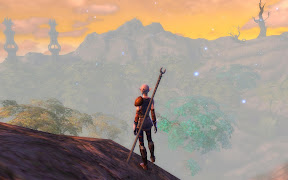 Pictures
I included a few of my favorites in this post but I have more pics from beta3 posted here. I can’t say these pictures will be up forever, but they will be up there for a while. 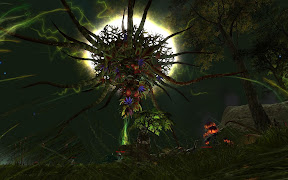 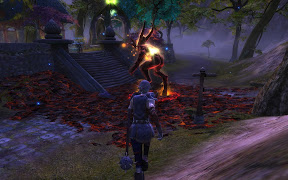 (ps. After working to add all these images into this post, I have  new found appreciation for the bloggers I read. You guys & girls rock.)

One thought on “Rifting on Classes and Souls”