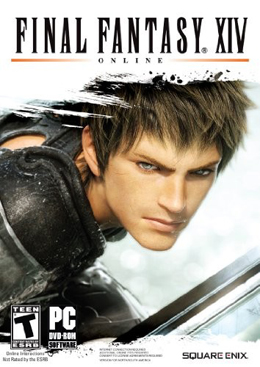 I spent a bunch of time over my 4th of July holiday weekend playing the Final Fantasy – A Realm Reborn phase 3 beta.  Wow that is a mouthful.  Though before I make my traditional post of thoughts I felt my experience with this game deserved a bit of background.

I played maybe ten hours total in the beta for the 1.0 version of FFXIV over the course of a month, and zero of retail.  My opinion of that experience was;  It was poorly translated. Ran terrible. Had non standard MMO game systems, that were explained in zero fashion.  A difficult to navigate UI.  Very little story guidance, heck very little guidance at all.  A terrible map, with crazy twisty maps.  (see example below) It felt like a beta. 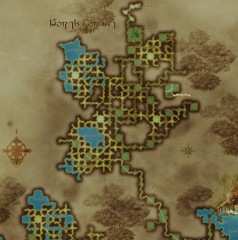 Apparently I was not the only one that had issues with the game, and it launched to a lot of moans from players around the world.  It was such a mess, that Square/Enix did not even charge owners a subscription fee for several months; all while promising to fix it.   Ultimately it appears that their solution to fixing it, was to start over while finding a way to carry old characters over in some fashion.   I applaud them for not only making such a tough decision, but building this rebirth into the lore for the new version.

Fast forward to this summer.  I had long since written the game off, so when I started seeing rumblings about the 2.0 version of the game from people in my gaming social networks.  Enough rumblings to make me wonder if they could really be talking about FFXIV or simply a game like FFXIV.  Then a beta invite popped into my email, odd since I don’t recall signing up for it,  I figured sure why not.  Sadly it was a weekend only beta and by the time I got it installed the servers were down.

Hmmm, I had the client installed, my interested peeked, but nothing to play. So instead I spent some time actively searching out and reading various forum threads and social media posts about the beta.  To my surprise much of what I read was positive.   I looked ahead to the next weekend test which happened to be (here in the U.S.) a long four day 4th of July weekend, and decided I would set aside a few large blocks to time to dive in and see what the rebirth of a game I had written off had to offer.

How did it go?  More on that in my next post.

Spoilers:   I guess I’m a sucker because I just pre-ordered a copy, and am actually feeling ok about paying a subscription fee.