The next, and final beta phase 3 play period:

Characters will be wiped at the end of this phase.

No word on when Phase 4 (open beta) will start; characters should carry over from this into early access and launch.

Launch is still on track for Aug. 27th, with early access happening sometime before that. 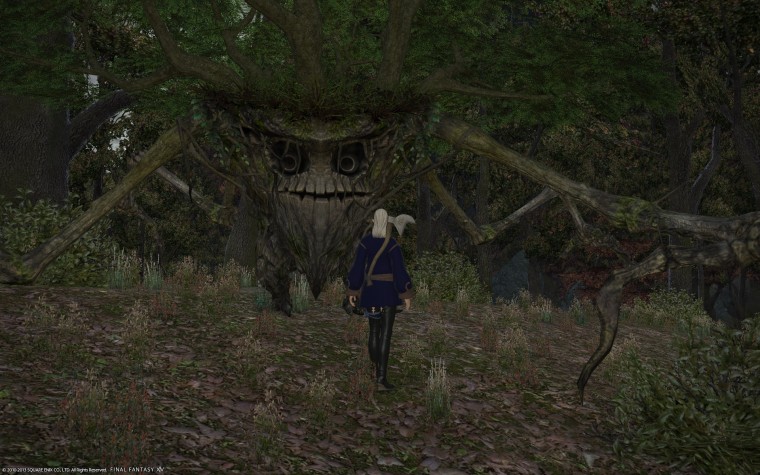 While you can use a controller while playing on the PC, I recommend using Mouse / Keyboard. This makes chatting and mouse selection much easier.

Don’t worry about any stat differences between races, pick the race/subtype/gender that you like the look of.  This is not a game about making lots of alts, so you will be looking at this character a lot.

The class you pick during character creation determines your starting city.

Each city has access to different class trainers and merchants.

Completing your level 15 class quest will unlock the ability to pick up new classes and swap between them.

Travel to the other cities will be opened up to you during a set of story missions that happen after level 15.

This means you might unlock the ability to change classes before you have access to the class you want to pick up.  Just be patient, either don’t worry about changing classes yet, or try one of the other classes.

The pretzel looking icon is XP.

You autoloot creatures you defeat.

I found some aspects of the map to be a bit confusing at first, because of the cities are split up and how the region level map displays the subregions.  It is worth spending more than a quick glance at the map ui when you run off to do your first combat quest.

Story; yep the game tries to tell some. The first time through the game, I highly recommend not skipping cut scenes and reading all the text chat.

LinkShells – These are invite only custom chat channels and from what I could tell are used by players as secondary guilds.

Free Company – These are FFXIV’s version of guilds. You can only be in one of them at a time.

FATES (Full Active Timed Events) are FFXIV’s version of public quests. They are repeatable and I found that participating in every FATE  (of my level) was worth my time. 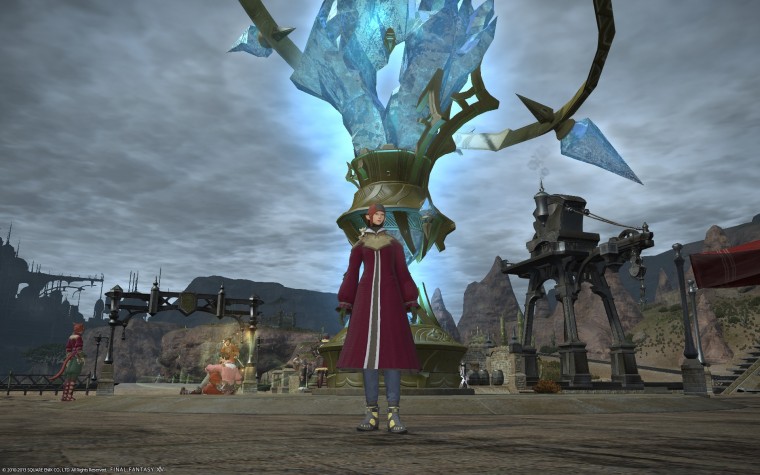 Click on every Aetheryte crystal and Aetheryte node you see to attune to them; these build up your teleport network. Attuning to all the nodes in a city will unlock one way nodes that lead to some of the city gates.

Each of the big Aetheryte crystals in are destinations for your teleport spells.  Teleport has a coin cost, but you can mark three locations as favorites which will give you a discount on the cost of teleporting to them.

Also one location can be be marked as a home point.  Your home point is where you will spawn if you choose to respawn after dying and when you use the return spell.

You can also access that a city’s Aethernet from their Aetheryte crystal or aetheryte nodes, this will allow you to warp to any previously attuned node in that city.

Not unlike the smaller nodes to bring up the list of nodes on an Aetheryte crystal you have to click on the crystal once, then select Aethernet from the the menu.

I saw mounts in three forms: 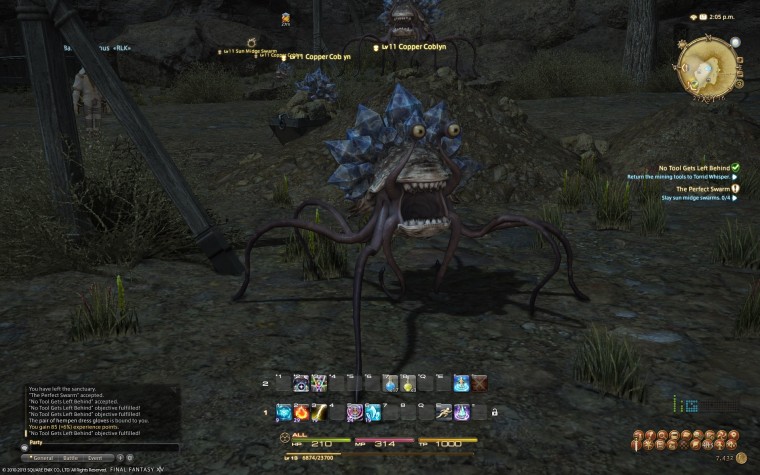 Most story and side quests can only be completed once.Yep that means that leveling up additional classes will require a bit of grinding / farming / dungeon running.

I would also recommend not trying to do every class on one character, I suspect for hard core players the sweet spot will be two or three characters if you want to do everything.

Also having multiple characters will allow characters to build up Rest XP and a Guildleves pool.

Oh, what are GuildLeve’s?  They are a type of quest, that you request from an NPC. The trick is that you build up a pool of them (x number every 12 hours), up to a max of 100. Each time you request a Leve your pool is reduced by one.  Battle, Gathering, and Crafting leves are available and all draw upon the same pool.

I suggest saving your available leves for gathering and crafting since when you are in a combat class you have many other options for XP.

What’s in the bag

There are two main on character storage systems.

Your personal armory, there is storage allotted for each type of weapon, armor, and jewelry gear.

Your personal inventory, this is where crafting items potions, crystals end up.  There are multiple pages and some dedicated pages for certain types of item.

Your class is determined by which main hand weapon you have equipped.  Though your locked into your initial class selection until your complete a series of quests for that class’s guild.

Unlocking class swapping, also unlocks the gear manager. This is the UI which provides you the ability to save gear sets for easy swapping between classes.

When you swap to a class for the first time you will start back at level 1, and yes that effects gear requirements. Meaning consider saving some old gear for when you swap classes.

An item’s spiritbond stat will increase through using it in your daily business by crafting, gathering and battling. Once it has reached 100% it can be converted into a piece of materia, which can then be slotted into another item to grant that item a bonus.

You can hide the display of your head armor, via an option found inside the character customization UI.

I’m sure that I have not come close to hitting everything, and I might come back after next weekend with a new post (hopefully with more pictures).   Though in the end there are much better resources for tips and information.  Places like: