I am back sooner than I even thought to continue recording some of my thoughts on my third visit back to Everquest 2.Â Â I left off last time clicking “enter world”, and thus I will pick up with

After selecting a name for my character that was accepted, I was thrust into Norrath.Â I sat watching the loading bar trying to imagine what the Neriak starting area would look like when I opened my eyes.Â Sadly when the loading completed this is what I saw: 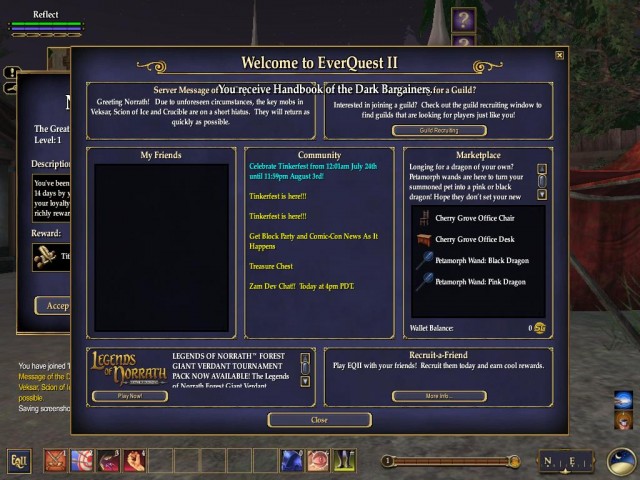 My view upon entering the world of Norrath

My initial impression was, “Good grief what is all this stuff, and why is it in my face”.Â After taking some time to read over everything presented to me, it was not as bad as I first thought.Â While I would love to see that giant “welcome” box stripped of all the advertisements and shrunk down to a more sensible size, I can understand the purpose of it.

Next was the trial version quest window that pops up automatically the first time a new character enters the world.Â If I could wave a magic wand, I would hide that window until a few seconds after the user closes the “welcome” window.Â Â Â Along with that is the the “You received…” message,Â why am I getting this at first launch?Â Is it not something they could have tied to the first quest?

Then finally the actual game UI, in its default (scattered) positions and settings; it screams, “We have no clue how to layout this stuff.”Â I suggest SOE do two things:

1. Assign a team to look on the ‘net and study screenshots of how their fans organize their UIs.
2. Then have that team go back and try to get some semblance of organization to the default layout.

First view of the world

After reading and closing all the windows I could, I jumped into the options screen to adjust the resolution.Â Â Note this game has more options to fiddle with than several other MMOs combined, and I avoided them all except for the resolution. (which really should have been auto set smarter by the game).Â Finally I got to see the world: 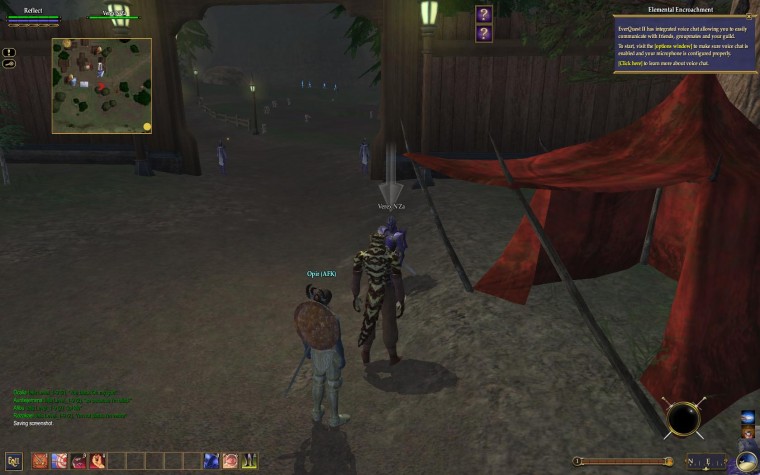 The view from the starting spot in the Neriak starting area

I know my PC is not the fastest, most supped up gaming machine on the market.Â And I know that screenshots don’t capture a game as well as video.Â But I cann’t be the only one that things that shot is a bit on the ugly side.

And you know what; that’s ok by me if its fun.Â Â I would rather a game with some depth as opposed to one that while pretty is nothing more than a grind fest. *cough* Aion *cough.Â That all said, I really think they could have done a better job with the “cinematography” of the player’s initial view and questing area.

This leads me back to something I mentioned in a post the other day; character model sets.Â The game allows the player to select which of the two different model sets each race will use.Â Â Beauty is in the eye of the beholder so people may have different preferences, but I contend that the “alternate” models have a much more unified style than the original ones.

Below I offer you a few comparisons.Â I would have loved to have a larger race variety to get images of, but the neriak starting area did not offer many different races. 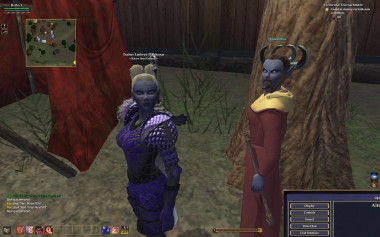 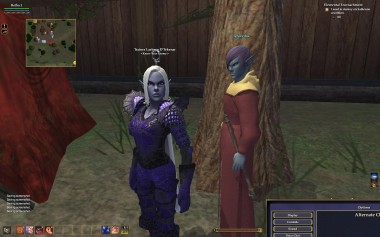 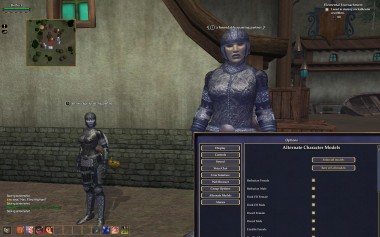 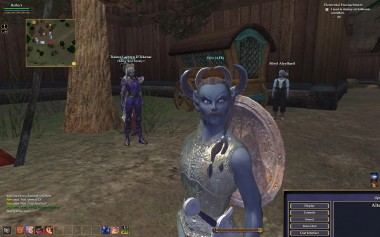 In the end I decided to use the alternate character models for all the races, since they matched up better with look of the most recently added races.

Since this post was image heavy, I am going to stop here.Â Next time Reflect will step forward and talk to the NPC in front of him and begin his life of actually ever questing.